DolphiniOS is a port of the Dolphin Emulator, which allows you to play Nintendo games on your iPhone and iPad. The emulator supports all kinds of image formats containing games, including ELF, DOL, GCM, ISO, TGC, WBFS, CISO , GCZ , WIA , RVZ , WAD and M3U . In order to run DolphiniOS properly on your device , it must have an A9 processor or newer and be running at least iOS 12.0.

DolphiniOS is an emulator that allows you to play Nintendo Wii and GameCube games on your iPhone. The app is based on the open-source Dolphin emulator for Desktop, so you don’t need to own a console. You can download ROM images from the internet for free.

On non-jailbroken devices, DolphiniOS will run 20% – 60% slower than the jailbroken version because of restrictions put in place by Apple. To improve performance, the latest version of DolphiniOS adds support for AltJIT technology.

The DolphiniOS through AltStore will offer you the option to run the app in JIT mode. Just-In-Time is a native iOS feature that compiles apps directly on the device, allowing for full speed and performance from the emulator. JIT works on iOS 14.2 – iOS 15. Even though the best way to use the app is with a jailbroken device, you can still play Nintendo games on your iPhone or iPad by downloading unc0ver or checkra1n.

DolphiniOS allows you to play games in portrait or landscape mode. The first one displays controls on the lower part of the screen, but if you prefer a bigger screen, then turn to landscape mode and stretch out the image. You can also overlay game controls on the screen in this mode. On top of that, DolphiniOS comes with a lot of options to configure from the Settings page. You can choose the backend rendering engine (OpenGL, Vulkan, Software Renderer), change the aspect ratio, show FPS counts ,or enable V-Sync.

DolphiniOS also allows you to save the state of a game at any point, switch discs, or change the touchscreen controller. A built-in cheat engine is included to enable hacks that improve performance in some games like enabling GPU texture decoding (instead of CPU).

You can find all of those options in the emulators Settings. DolphiniOS also includes a few utilities, like dumping textures and prefetching custom textures, that enable progressive scan and backend multithreading.

DolphiniOS does not have local multiplayer or netplay capabilities, however, if you have a NAND dump from an authentic Wii console, you can play online on unofficial Wiimmfi servers. With this emulator, you can play tons of supported games on your iPhone, like Paper Mario: The Thousand Year Door, Sonic Colors, F-Zero GX, Super Monkey Ball 1 and 2, Super Mario Sunshine ,Super Mario Galaxy. The Legend of Zelda ,Mario Kart Wii, and more. The GBA4iOS emulator lets you play Games Boy Advance and Game Boy Color games on your iPhone for free.

DolphiniOS can be downloaded quickly and easily on your iOS device through Cydia or, if you are not-jailbroken, by using AltStore. This app allows for quick installation of DolphiniOS with AltJIT support. With the merely updated version of AltServer 1.5, DolphiniOS can now be installed in just a few easy steps!

Step 1. To install the AltStore app on your iPhone, you’ll need to use AltServer.

Step 2. Switch to the Browse Tab on AltStore by opening it from your Home Screen.

Step 3. To find your Sources, tap the button in the top right corner of the app.

Step 4. In order to use OatmealDome’s AltStore, you must first add the Source as a trusted source.

Step 5. After you add DolphiniOS and DolphiniOS beta to your list, they will be available. 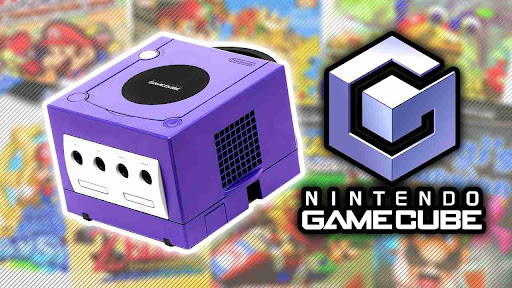 Download Classic Nintendo Games for Your Wii or GameCube Console

Wii ROM and GameCube ROM files are duplicates of the data found on a read-only memory chip from Nintendo’s video game cartridge. Images can be transferred to the DolphiniOS app by using websites that offer downloads for this website. Exemple:

You Can Now Import Wii and Gc Images

To add Nintendo Wii or GameCube games to DolphiniOS, open the app and select the plus icon on the top right corner. Choose your ROM file from here. If you’re confused about where to find these files, they are often located in ZIP archives that can be downloaded from the internet. Keep in mind though that extracted folder contents are required for successful emulation – The emulator won’t work if archive files remain intact.

Step 1. In Safari, download an image file by right-clicking on the game.

Step 2. To share the file, simply send it to the DolphiniOS iOS app.

Step 3. The image of the game will be transferred to the emulator.

Step 4. Launch the game “DolphiniOS” from the App Store.

From the home screen of the DolphiniOS emulator, you can access a list of all available GameCube and Wii games.

You can only add the ROM files manually if you have a jailbroken device. Use Fliza’s WebDAV server feature to put them in this location.

With non-jailbreak devices, you can save the ROM files to your device by using the File app. To access these saved games, select the plus button from within the Games tab in the app.

The developer of DolphiniOS released the project as open-source code on GitHub Repository. The branch name is called ios-jb, and both versions (jailbroken and non-jailbroken) are included in this release. Note that Dolphin iOS is published under GPL-2 license agreement.

In order to complete this project, you will need a Mac running Xcode 11 or later. You should also be familiar with building and running code with Xcode, Homebrew, and Cocoapods. DolphiniOS was written primarily in C++ (85.2%). The most recent changes to the code were added on May 17th, 2022.